In the four years that I have been writing this blog I have regularly referred to the works of Francis Schaeffer (1912-1984) as being formative not only for the cultivation of my own identity and worldview as (at least I hope) a thinking Christian. My initial exposure to his thinking as a first-year graduate student was eye-opening, as I finally began to realize that there were evangelical Christians out there who considered difficult topics and big ideas in a serious way, one far removed from the shallowness that so often pervades modern American Christianity. Rather than holding my roles as an academic musician and an evangelical churchman in an uneasy tension, I began to see that I could be both a Christian academic and a Christian musician in a way that was intellectually and artistically credible as well as true to “the faith which was once delivered to the saints.” Although I was not aware of it at the time, Schaeffer was also my first introduction to the Reformed and Calvinistic view of Christianity which I embraced several years later, though his was a more broadly evangelical take on the Reformed faith than some in that part of the church hold. 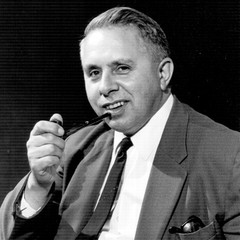 I mention Schaeffer today because in reading some of his works a few months back I noted several citations of his friend Henderik Roelof “Hans” Rookmaaker (1922-1977), and quickly regretted that I had theretofore overlooked this seminal figure in evangelical thinking on the arts. Rookmaaker was born in Holland but was raised partly in the Dutch East Indies, though he returned to his native country in time to join the Royal Netherlands Navy and served briefly during the war. While a prisoner of war he was converted by reading a Bible he had been given (something near to my heart as a Gideon), as well as through interaction with imprisoned Dutch Christians, including the philosopher Johan Mekkes (1898-1987). After the war Rookmaaker studied art history while continuing to cultivate a long-held interest in jazz and other music arising out of the African American community in the United States. He eventually earned a doctorate and was given the chair of art history at the Free University of Amsterdam. Rookmaaker’s interest in cultivating a Christian approach to his academic work was well aligned with the views of the Free University’s founder Abraham Kuyper (1837-1920), a well-known thinker in this arena. He became friends with Francis Schaeffer in the late 1940s, and the two shared an interest in applying a Christian worldview to all of life.

One of Rookmaaker’s more popular works is Modern Art and the Death of a Culture (1970), which was celebrated in the Christian community but criticized by the author’s academic colleagues. Evangelical critiques of contemporary art, music, and culture are often shallow, eschewing serious engagement with the works considered and instead simply declaring them to be unattractive or otherwise unchristian because their beauty is not immediately obvious to the disengaged observer. (Conversely, the “art” most often marketed to Christians is thoughtless and kitschy, if superficially pretty.) While Rookmaaker sharply criticized much that he saw in the arts of the twentieth century, he did so in a way that was robust and intellectually credible, seeking to understand the artists’ visions for their works and then exploring the historical circumstances and philosophical commitments that undergirded them. Rookmaaker discussed the vital relationship between beauty and truth, and the difficulty of creating truly beautiful art in a milieu in which the very concept of truth has been discarded. Perhaps more importantly, he saw the ends to which these philosophical and artistic trends were pointed, and in a way reminiscent of his friend Schaeffer’s work rightly predicted much of the shape which the arts and society would take in the nearly 40 years since his death, and the impact that these developments would have upon Christians. Modern Art and the Death of a Culture is a challenging and edifying read, recommended for those Christians who take the arts seriously and lament the ugliness of so much contemporary artistic expression, yet are not sure how to level defensible critiques or cultivate an alternative approach which celebrates beauty without resorting to shallowness or kitsch.

A short work published just after Rookmaaker’s death is Art Needs No Justification (1978). If in the previous work the author had contemporary non-Christian artists in his crosshairs, here he spoke largely to Christians who too often belittle, cheapen, or ignore the arts, ascribing value to artistic works based upon the non-artistic ends to which they can be employed, particularly evangelism. This pragmatic approach to beauty ignores something so foundational to what it means to be human: that as image-bearers of the God who created so much beauty for its own sake, it is likewise right and good for us to pursue and create beauty as an end in itself. In this short work Rookmaaker also rightly breaks down somewhat the artificial division between “art” and “craft” which has developed in Western societies, and challenges Christians in a variety of creative endeavors—and in areas not so directly creative—to “weep, pray, think, and work.”

These two books, in addition to Schaeffer’s citations of him, have provided me with a challenging and edifying introduction to the works of this great Christian thinker, and I commend them to you. Hans Rookmaaker’s complete oeuvre is also available in both print and electronic formats; I hope one day to delve more deeply into his writings.

Micah Everett is Associate Professor of Music (Trombone/Low Brass) at the University of Mississippi, Principal Trombonist of the North Mississippi Symphony Orchestra, Tubist/Bass Trombonist of the Mississippi Brass Quintet, Bass Trombonist of the Great River Trombone Quartet, Assistant Editor (Audio/Video Reviews) for the International Trombone Association Journal, and an S.E. Shires trombone artist. He is the author of THE LOW BRASS PLAYER'S GUIDE TO DOUBLING, published by Mountain Peak Music, and released his first solo recording, STEPPING STONES FOR BASS TROMBONE, VOL. 1, on the Potenza Music label in 2015. In addition to his professional work, he maintains an avid interest in the study of the Bible and of Reformed theology. He holds doctoral and master's degrees in music from the University of North Carolina at Greensboro, a bachelor's degree in music education from Delta State University, and a certificate in systematic theology from Puritan Reformed Theological Seminary. The ideas and opinions expressed here are not necessarily shared by the employers and organizations with which the author is associated.
View all posts by Micah Everett →
This entry was posted in Apologetics, Calvinism, Christian Education, Christian Worldview, Church, Doctrine of Vocation, Francis Schaeffer, H.R. Rookmaaker, Higher Education, Music and Theology, Practical Christianity, Presbyterianism, Reading and Study, Society, Theology, Truth. Bookmark the permalink.
%d bloggers like this: