Success Flows from Rightly Ordered Thinking…In Music and In Life

Instead of taking my usual summer break from blogging, over the past few weeks I have written a little series I have called “Essential Concepts in Brass Playing.” A recurring theme in each of those posts is the importance of conceptualization. I attacked from several different angles the problem of trying to perform music with an excessive focus on process rather than result, as well as problems that arise from misconceptions of the physical processes used in playing. The longer I teach—and the longer I work on my own playing—the more convinced I am that big problems in brass playing grow out of seemingly small errors and misunderstandings at the most basic level. Just as a very small problem in the foundation of a house can lead to very large and noticeable problems higher up, so very big and obvious performance problems so often stem from a very slight misconception in some fundamental area of playing. And yet in both the house and in the musicianship in my examples any corrections of the larger, more obvious problems will be short-lived if the foundational problem is not addressed. Again, for the musician this error is nearly always a conceptual misunderstanding of some basic aspect of how to play. Success will only come when this conceptual error is corrected. The player’s disordered thinking must become rightly ordered for him or her to realize success.

I’m sure by now you are thinking, like me, that this concept applies to more than just music (or building construction). Wrongheaded concepts in all kinds of areas can lead us to erroneous thinking or actions. To use another personal example, a little over twelve years ago I started experiencing chronic neck and jaw pain, which spread to my low back and elsewhere after an automobile accident about a year later. After an MRI showing some congenital malformation of the spine and some minor disc herniation and deterioration, I concluded that I was irrevocably “broken” and that at some level I would always experience back and neck pain.

Fast forward now about ten years. A couple of years ago I discovered the work of Dr. John Sarno (1923-2017), Professor of Rehabilitation Medicine at New York University, and other physicians and authors who built upon his work, such as Dr. David Hanscom, Dr. Howard Schubiner, and Steve Ozanich. These folks theorized that much chronic pain lacks a clear structural cause, instead having to do with stress, tension, and repressed emotions. After ten years of almost daily pain I was willing to try anything, especially since the physicians with whom I consulted about my back and neck issues were not fully convinced that the structural abnormalities observed on the MRI were the primary cause of my symptoms (and one even suggested that my main problem was stress). In studying these ideas I discovered that there was much there that did indeed apply to me. By becoming more aware of how stress and even more unwelcome emotions resulting from it, like fear and anger, affect my body, my pain levels have gone down tremendously. Once again, rightly ordered thinking—in this case understanding that my pain issues were not entirely structural in origin—improved my quality of life. In time this facilitated my return to a more active lifestyle and some significant weight loss.

And there are even more important areas of life to which this applies. Politically I would call myself a conservative, and lean to the right on most issues. Why is this the case? Mainly because I believe that conservatives view the world and human nature as they are (or at least strive to do so), whereas progressives view the world and human nature as they wish them to be. Conservatives oppose socialism, for example, not because they think socialism’s goal of a just and fair society is somehow evil, but because both human nature and the observed experience of the past century dictate that such a system can never deliver on its promises, no matter how much its proponents wish it to be so. Good social and political policies must flow from—once again—a rightly ordered understanding of the world and of humanity. This isn’t to say that conservatives always live up even to their own ideals in concept or in action, but the ideals are at least the right ones. 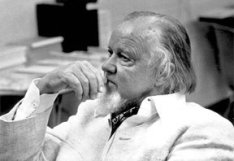 Speaking of human nature, that brings me to the most important area to which this idea applies, that of religion. After all, if God exists, created all things, and will demand an account of all of his creatures, then the most important area of life in which our thinking must be rightly ordered is our thinking about who this God is and what he demands of us. What we find when looking at religions is that Christianity alone gives us a worldview that is consistent with observed reality. Francis Schaeffer (1912-1984) would say that every worldview must answer three questions: Where did we come from?, What’s wrong with the world?, and How do we fix it?. He would then say that Christianity’s answers alone answer these questions in a way that fits the world as we see it. Those answers are that human beings were created by a good and holy God in his image, that we fell into sin and dragged all of creation down with us, and that this will be fixed in small measure as people work to serve God and others, and ultimately with the return of Christ to judge the world and reign in the new heavens and earth.

To the non-Christian perhaps that sounds like a bunch of nonsense, but think about it. To posit that human beings are “basically good” doesn’t fit the world as we see it. People of all walks of life, when left to themselves, will lie, cheat, steal, and sometimes even kill to get their way. And yet to say that they are totally evil or even morally indifferent doesn’t fit either, because human beings are capable of acts of great kindness, generosity, and charity. But to say that human beings were made in the image of a holy God, and that this image is still present yet distorted by sin—that fits what we see around us, a humanity that is bent toward evil yet capable of great good. Once we understand and accept this, the desire to know and be reconciled to that perfect and holy God who made us follows quite logically. Happily, God has made the Way plain in his Word.

Of course, Christianity cannot be forced to exist only in the “religious” area of our lives, since it is, among other things, a lens through which one sees the world. But that understanding of a broken or “bent” humanity (as C.S. Lewis [1898-1963] might put it) has implications for all kinds of areas. It teaches us as individuals to love and care for our fellow man, but also to be wise and circumspect, knowing that that fellow man might turn and rob us. As societies it tells us to construct laws and policies that encourage the good while restraining the evil, neither assuming the worst about humanity nor naively hoping that the evil can somehow be educated or rehabilitated out of existence.

I could go on but this post is already lengthy. Success flows from rightly ordered thinking. As a musician, I must rightly know what I want to sound like and how to get there in order to be successful. Good health flows at least in part from a right understanding of one’s strengths, weaknesses, and ailments. A rightly ordered society flows from a correct understanding of the world and of human nature, a nature that is capable of imaging its Creator by doing great good yet is bent toward evil. And this right understanding drives us to seek the God who has redeemed a people for himself in the Person and Work of Jesus Christ, who saves all who call upon him in repentance and faith, and will one day return to make all things new.

Then I saw a new heaven and a new earth, for the first heaven and the first earth had passed away, and the sea was no more. And I saw the holy city, new Jerusalem, coming down out of heaven from God, prepared as a bride adorned for her husband. And I heard a loud voice from the throne saying, “Behold, the dwelling place of God is with man. He will dwell with them, and they will be his people, and God himself will be with them as their God. He will wipe away every tear from their eyes, and death shall be no more, neither shall there be mourning, nor crying, nor pain anymore, for the former things have passed away.” And he who was seated on the throne said, “Behold, I am making all things new.” Also he said, “Write this down, for these words are trustworthy and true.” (Revelation 21:1-5)

Micah Everett is Associate Professor of Music (Trombone/Low Brass) at the University of Mississippi, Principal Trombonist of the North Mississippi Symphony Orchestra, Tubist/Bass Trombonist of the Mississippi Brass Quintet, Bass Trombonist of the Great River Trombone Quartet, Assistant Editor (Audio/Video Reviews) for the International Trombone Association Journal, and an S.E. Shires trombone artist. He is the author of THE LOW BRASS PLAYER'S GUIDE TO DOUBLING, published by Mountain Peak Music, and released his first solo recording, STEPPING STONES FOR BASS TROMBONE, VOL. 1, on the Potenza Music label in 2015. In addition to his professional work, he maintains an avid interest in the study of the Bible and of Reformed theology. He holds doctoral and master's degrees in music from the University of North Carolina at Greensboro, a bachelor's degree in music education from Delta State University, and a certificate in systematic theology from Puritan Reformed Theological Seminary. The ideas and opinions expressed here are not necessarily shared by the employers and organizations with which the author is associated.
View all posts by Micah Everett →
This entry was posted in Alto Trombone, Apologetics, Baritone Horn, Bass Trombone, Bible, Books, C.S. Lewis, Christ's Person and Work, Christian Worldview, David Hanscom, Essential Concepts in Brass Playing, Euphonium, Francis Schaeffer, Howard Schubiner, John Sarno, Music, Pain, Pedagogy, Performing, Physical Fitness, Playing Fundamentals, Political Systems, Practical Christianity, Practicing, Repentance, Society, Steve Ozanich, Teaching Low Brass, Tenor Trombone, Theology, Trombone, Truth, Tuba. Bookmark the permalink.
Loading Comments...
%d bloggers like this: